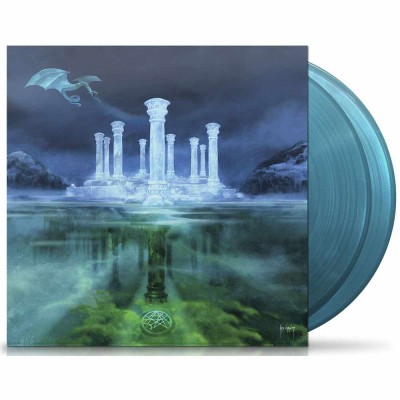 Absu is the fifth studio album by black metal band Absu. It was originally released on February 16, 2009 (Europe), and February 24, 2009 (USA), by Candlelight Records. It is the debut recording for new members Aethyr is MacKay and Zawicizuz, with additional musical contributions from Vastator Terrarum (who left before completing the album) and original guitarist Shaftiel. Ezezu joined the band after the recording process was completed. Now reissued on double turquoise vinyl.

TRACKS 1: 1. The Absu of Eridu & Erech 2. Night Fire Canonization 3. Amy 4. Nunbarshegunu 5. 13 Globes 6. Of the Dead Who Never Rest In Their Tombs Are the Attendance

TRACKS 2: 1. Magic(K) Square Cipher 2. In the Name of Auebothiabathabaithobeuee 3. Girra's Temple 4. Those of the Void Will Re-Enter 5. Sceptre Command 6. Ye Uttuku Spells 7. Twix Yesterday, the Day & the Morrow