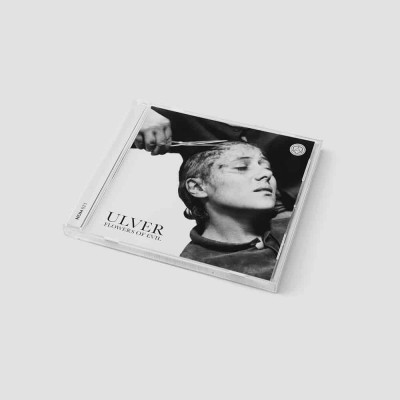 Flowers of Evil, the new studio album from Ulver, finds the wolf pack exploring the fear and wonder of mankind’s fall from redemption. The threads of haunted places and images entwine. Have Ulver discovered new pastures under the sun? Flowers of Evil comes across as an unfeigned progression along the course set by that album, revealing a band moving deeper into beats and grooves, hooks and choruses, synths and guitars, yet sounding more stripped back, making room for the distinctive detail. Once again Michael Rendall (The Orb) and legendary producer Martin “Youth” Glover have taken crystalline care of the mix.

With Flowers of Evil Ulver have fled a burning Rome, only to confront further crime and corruption. ‘Russian Doll’, the album’s first single, moves determinedly through the night, with a story of un- folding tragedy and misery. Flowers of Evil unfolds with the shattering second single, ‘Little Boy’. A mysterious beat moves the track towards its thunderous climax, and here Michael J. York’s ominous pipes melt into the softer, moodier ‘Nostalgia’, a ’70s soul shuffle, and the heart-breaking Talk Talk-esque balladry of ‘A Thousand Cuts’. Finally, the wolves are back in the palace of excess, waltzing the night away. Yet around them, the wilderness rises, triumphant; “grass will grow over your cities”, as the Bible says.