The Misfits are often recognized as the progenitors of the horror punk subgenre. Their fifth studio album Famous Monsters is the second one without singer and founder Glenn Danzig. As the follow-up of American Psycho they're focusing on the some aspects from the punk and metal music. The vocal parts are in the hands of Michale Graves and the songs are all well written. Doyle Wolfgang Von Frankenstein brings out some of his famous guitar riffs, while Dr. Chud is hitting his drums. You can hear their punk roots, but also the heavier sounds of their bass and guitar melodies. The album has aged very well and is now available again on vinyl.

The Misfits are founded in 1977 by Glenn Danzig. They were hitting the stages the first couple of years with their hardcore punk. Later on they changed their style to the heavy metal and punk rock. Consistent during the years is the influences from horror and sci-fi films, which can be seen by the clothing they wear, the visuals in the live shows and in the lyric they write. The package of Famous Monsters includes a collectable sticker sheet and a 4 page booklet. The release is available as a limited edition of 2.500 individually numbered copies on transparent green & yellow mixed coloured vinyl. 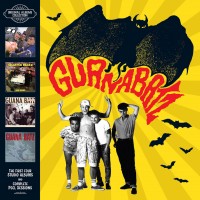 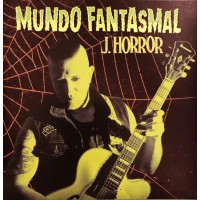 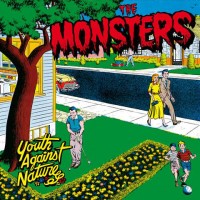