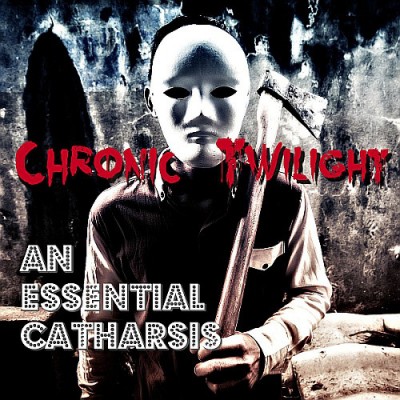 An Essential Catharsis is this gifted band’s third release, and second full-length album. The album again highlights Michael Louis as a multi-instrumentalist and highly talented Darkwave songwriter. This time; however, vocalist Sam Sharp is welcomed to the fold as lead vocalist on the album’s third track, The Anatomy of Poison. She lends a dreamy, Shoegaze element to the otherwise somber backdrop of the song. The album’s first digital single, “Mark of Cain”, premiered on YouTube in December as a lyric video. The video’s overt sexual imagery spotlights the song’s BDSM theme and is sure to resonate within the Gothic and S&M subcultures. Darkwave DJs would be amiss to not add this one to their repertoires! An Essential Catharsis features nine brand new tracks, offering a well-rounded approach to songwriting, and subsequently speaks well to the album’s DIY production. The ballads, Coffee for Two, and Dire Transgressions, are countered with brooding, yet catchy Gothic Rock anthems like I’m Alive, and Rabid. Don’t miss out on this modern Darkwave masterwork!