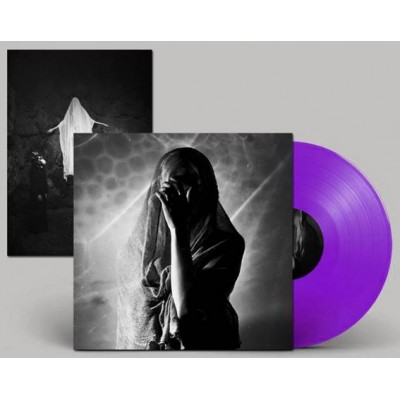 THE DEVIL AND THE UNIVERSE - BENEDICERE [LIMITED] LP

Vinyl edition on PURPLE Vinyl and including a Poster!

BENEDICERE - a conceptional work about the Virgin Mary and the occult side of Christianity - and of the bestselling albums for Rustblade – will finally made available again.

In the spring of 2015, upon an invitation by ‘Rustblade’, THE DEVIL AND THE UNIVERSE parti- cipated in a remix project, orchestrated by the legendary Italian composer Claudio Simonetti (of renowned ‘Goblin’). This project has harvested a longer-term co-operation and resulted in the ‘Benedicere’ album. The ever-evolving and design-oriented Viennese project has a toolbox filled with musical and imagery equipment as provided by all things occult and religious iconography. These influences are arranged in a modern and original way, the new interpretation a pre-conception-free reflection of musical genres including Ritual Ambient, New and Minimal Wave.

Director and film-score composer John Carpenter (Halloween) describes their vivid music: “I really like it. It’s original and evocative.” The protagonists of The Devil And The Universe, Ashley Dayour, Stefan Elsbacher and David Pfister, call their music “Goat-Wave”. Reminiscent of the pagan icon, the goat-headed Baphomet, the medieval and mystical figure has served as the band’s avatar since the release of its first album. The goat-head is also occasionally worn by members of the band during live performances so as to break free of clichés and appear gender-neutral.

In the court of content, Christian mysticism (especially the mysteries surrounding the Virgin Mary) plays a decisive role on this, the third long-play offering of The Devil And The Universe. To capture the essence of the musical content, the band travelled to the most visited pilgrimage site in the world: Lourdes, France, as well as to the Spanish Santa Maria de Montserrat Abbey and the Vatican in Rome. With their first two Albums :IMPRINT DAATH: (2013) and HAUNTED SUMMER (2014), the focus was psychedelic music steeped in a magical and spiritual aesthetic… On ‘Benedicere’ they are passionately immersed with a sincere affinity in the world of Catholic- Christian thought.