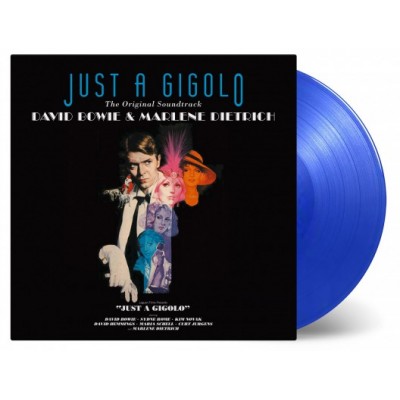 Just A Gigolo is available as a limited edition of 3000 individually numbered copies on transparent blue vinyl.

The legendary Marlene Dietrich as the madam of a regiment of gigolos, including David Bowie, in post-World War I Berlin. That was the chemistry conceived for the film Just A Gigolo, and Marlene, who hadn’t spoken a line of dialogue before movie cameras for 17 years, agreed to return to the screen because she was eager and willing to team up with Bowie...“He is a very interesting star”, she commented, which is quite a compliment from someone who has had her pick of the most interesting stars of her time. Her moments with Bowie in the film are very special, and her singing of the 1920s title song around which the entire screenplay centers, disturbing, unforgettable. At 77 in “Just A Gigolo”, the legend becomes even stronger, so this album rightly begins with her. Capturing the atmosphere of the era, the soundtrack also features exclusive contributions from various artists including Bowie, who composed and recorded the composition “Revolutionary Song” between scenes and provided most of the accompaniment. There were three different versions produced for the film, two featuring Bowie on vocals (parts 1 & 3). There are also three tracks from American award-winning vocal group The Manhattan Transfer, whose haunting and disturbingly sexy version of the song “Johnny” is a classic, as well as music from The Pasadena Roof Orchestra, Sydne Rome, and The Gunther Fischer Quintet.

5. The Gunther Fischer Orchestra - The Streets Of Berlin

3. The Manhattan Transfer - I Kiss Your Hand, Madame 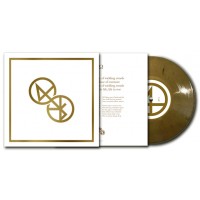 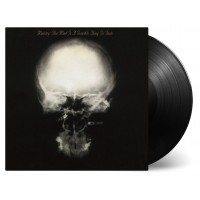 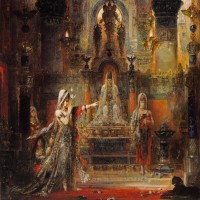