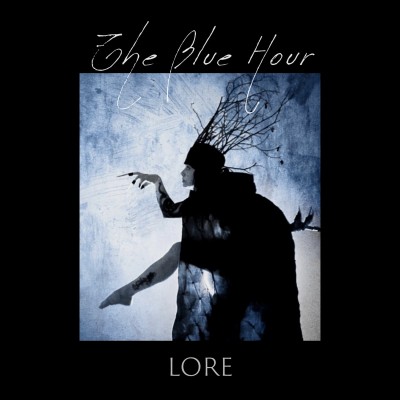 THE BLUE HOUR is a Seattle-based duo that blends elements of ethereal, electronic, and neo- classical music to create a haunting dreampop-noir that is reminiscent of classic 4AD-artists while retaining a fresh vision that is unique to Marselle and Brian Hodges. Marselle's ethereal yet soulful vocal delivery often draws comparison to Kate Bush. Meanwhile, Brian's songwriting and production, which focuses on finding that rare balance between the melancholy and the sublime, is frequently likened to This Mortal Coil and Dead Can Dance.

Founded in 1993, the Blue Hour's roots reach back to the early days of goth and new wave. Marselle and Brian met each other during Seattle's new wave explosion in the 1980s. Prior to forming the Blue Hour, Brian was keyboarder for the cult goth-rock band ‘Black Atmosphere’— a band formed by Xstoph Gladis (a former guitarist for Christian Death). Black Atmosphere shared stages with luminaries such as Christian Death, Sex Gang Children, Clan of Xymox, the Church, Switchblade Symphony, and Gitane Demone.

Before joining the Blue Hour, Marselle was the lead vocalist for the dark metal band Crypt Orchid and, over the years, has provided guest vocals for several electronic dance and industrial projects, including the track "I am God" for John Fryer's Black Needle Noise and backup vocal's for Chris Connelly's track "Dark Skies."

“The Blue Hour are arch-dream weavers whose almost narcotic backdrops are the perfect structure to hang such rich and emotive vocals, ones which at times sound like lost studio sessions by ambient music’s first lady, Kate Bush, slowed down and blissed out and the result is nothing less than a future classic of the dream-pop canon." - Dancing About Architecture

"Delivering a mesmerizing sound that blends the best of Kate Bush and This Mortal Coil... The Blue Hour have inherited the passion and aesthetic of 4AD’s golden years – haunting, deep, and richly melancholic with seamless production" – Big Takeover Magazine

“What we loved in Cocteau Twins, Dead Can Dance, and This Mortal Coil (the early 4AD output) is here in new motion, embracing the current modernities of the genre they adore– yet the LP is not retro at all! The result is a unique haunting ambience which creates an otherworldly hypnotic effect, focusing on texture and rhythm with inspired discord.” - Noise Journal