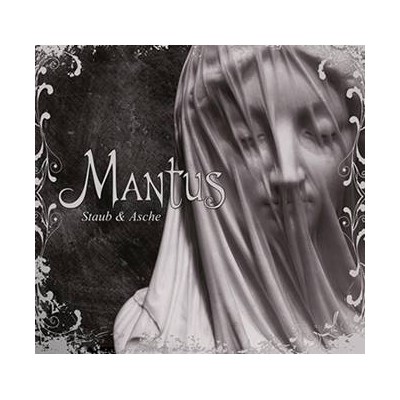 The limited first edition of this album is published as:

• Booklets including all lyrics

MANTUS always remained true to themselves. On their 14 studio albums, they defined the German Gothic movement with ardour, stamina and a heart set aflame. At that, 2017 will make no exception. There will be no break with their long and influential career. But yet again, MANTUS show a different face on “Staub und Asche”. Their last work “Refugium” has been dominated by an unusual focus on extroverted, social or even political topics while in 2017, Martin Schindler rediscovers a path in his deepest inner on “Staub und Asche”. He follows the paths into the wilderness of his soul, is putting his finger in old wounds and is once again embracing isolation. It is existentialist views and philosophical musings as well as a preference for the all-devouring and yet cleansing reign of fire that makes “Staub und Asche” a manifesto of solitude and alienation. It is a work ignited by the isolation of each and every soul in this hostile world. Clad in a rather Electronic sound in which also the sharpness of Metal and the dreamy melancholy of Wave play their parts, Martin Schindler is taking a step back to his roots. Still, “Staub und Asche” is far from being a retro album. Like every single one of his records, this opus is a mirror of our unstable times, an anchor in the churning sea on which to cling to is highly recommendable. In this cosmos, it is a song like “Wir sind die Nacht” that is archetypical for the chaos of our times – and a massive club hit, at that.