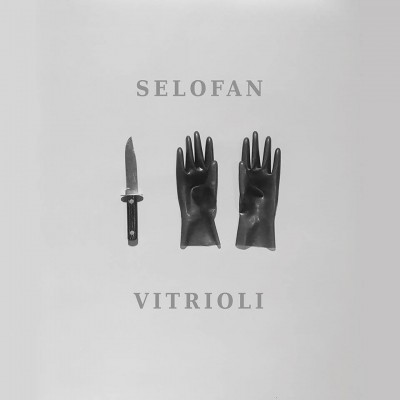 With 4 acclaimed studio albums already under their belt, the Athens-based synth / coldwave duo Selofan announces “Vitrioli”, their fifth and most staggering album yet. A well-known purveyor of allusive, synth-infused coldwave music and the driving force behind the Greek label, Dead Scarlet & Fabrika Rececords, Selofan followed the siren call of the 80’s goth sounds and minimalism, carving out their own spot at the forefront of independent wave music scene. Across "Vitrioli"s eleven heart-wrenching love songs and odes to the failures and hysterias of the subculture, Selofan brilliantly express the band’s main themes they’ve been exploring since their existence: that there is dark humor in emotional vulnerability, that one can find a way to laugh and cry in the same breath – and get stronger. The sound of “Vitrioli” is intense, inflammatory and sometimes harrowing- the record taps into the depths of madness: chanelling a lover’s call to arms, power of self-awareness and brutal rawness of desperation, love and hate conflict colliding into devastating effects. Famously provocative, Selofan create an unpopulated dramatic realm where sad lovers shapeshift into a destructive, obsessive, ambitious persona with a driven desire.