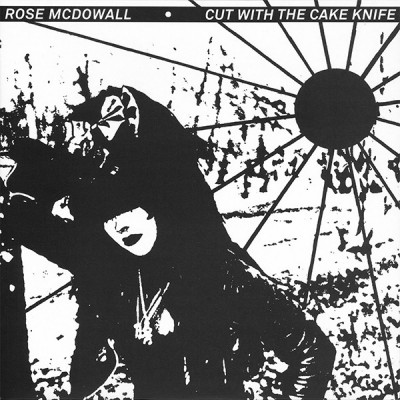 British singer, and guitarist. In addition to being one half of the popular goth-pop duo Strawberry Switchblade, McDowall is perhaps best-known as a guest vocalist or "floating member" of several different alternative bands, particularly neofolk. She contributed backing or lead vocals for Coil, Current 93, Death in June, Felt, Alex Fergusson, Into a Circle, Megas, Nature and Organisation, Nurse with Wound, Ornamental, Psychic TV and Boyd Rice on recordings as well as singing or playing guitar for live appearances.

Cut The With The Cake Knife was recorded by Rose McDowall in 1988/89 following the break up of her group Strawberry Switchblade. Produced with the aid of several musicians in several studios, the album features songs written for the fabled second Strawberry Switchblade album. More importantly perhaps it showcases the honest, direct and life-affirming songs of one of the greatest unsung songwriters of the modern pop era at a tumultuous time in her career.