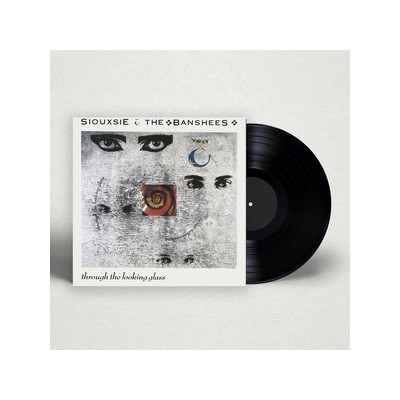 SIOUXSIE AND THE BANSHEES - THROUGH THE LOOKIN GLASS LP

Remastered from the original ¼” tapes and cut at half speed at Abbey Road studios, London. Both artwork and audio have personally been overseen and orchestrated by Siouxsie Sioux and Steven Severin.You could argue that after seven studio albums a covers album might seem a somewhat step back creatively, not so with Through The Looking Glass – The songs carefully chosen to reflect the individuals own childhood and teenage years, these had to ring true for Sioux to sing them and to believe in them.The Banshees cover songs such as Sparks’ ‘This Town Ain’t Big Enough For Both Of Us’, Roxy Music’s ‘Sea Breezes’ and The Doors ‘You’re Lost Little Girl’ their infinite capacity to surprise making each one their own.