Remastered from the original ¼” tapes and cut at half speed at Abbey Road studios, London. Both artwork and audio have personally been overseen and orchestrated by Siouxsie Sioux and Steven Severin. The second studio album from Siouxsie & The Banshees. Join Hands was a more poignant and haunting LP than their debut, Siouxsie Sioux’s voice used to devastating effect complimenting albums tone and atmosphere. The opening track ‘Poppy Day’ a powerful evocation to the Great War graveyards of Flanders and bookended with ‘The Lord’s Prayer’ a Banshees staple going as far back to their first legendary 1976 100 Club performance. 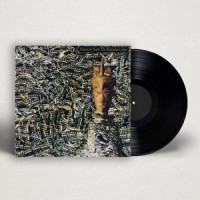 SIOUXSIE AND THE BANSHEES...