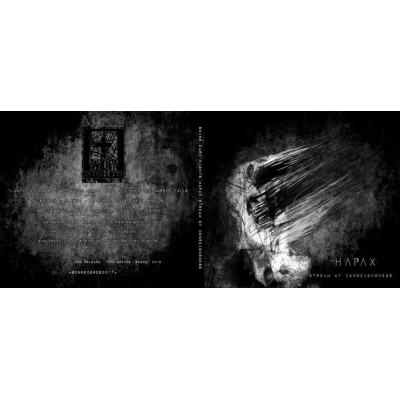 Swissdarknights second best selling act (after ASH CODE, of course…) debut album from 2014 was unavailable for months. Here now the much requested re-release, in digipak and including an all new, 8 pages lycrics booklet! But beware: “Stream of Consciousness’” second press is not just a reissue of the CD. The band instead decided to turn back into the studio to re-record the entire album with today’s technology and with a much matured musical knowledge, based on new ideas and inspirations evoked from countless live performances through the last years! The full work has been edited again with an accurate new mastering, giving fans an alternative, mature version of the band’s celebrated debut!

Note: Also the band’s second album ‘Cave’ [2016] is currently being re-recorded for a re- release this fall!