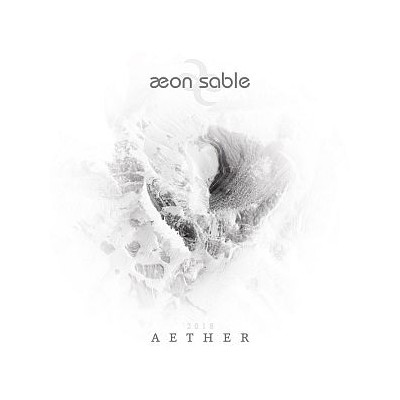 Way back in 2010 when Aeon Sable released their debut, everything changed for Gothic Rock & Dark music. Just when it seemed creativity within these genres had been exhausted, along came Per Aspera Ad Astra. Suddenly new layers and opportunities for progression were revealed and Gothic rock fans found themselves amazed by a band evidently unafraid to explore and experiment. As the years rolled by German visionaers Aeon Sable released a string of albums that have be- come true gems of dark music. With the latest 2 albums on Solar Lodge (Visionaers and Hypaerion) they found their own way courtesy of an unique artistic expression not many other bands can muster. Influenced by the epic works from The Sisters of Mercy and the Fields of the Nephilim, laced with a touch of dark and atmospheric Gothic Metal reminiscent of Tiamat and Moonspell, all the while deeply immersed by the esoteric, occult and all things Magick - this is Aeon Sable on the verge of releasing their sixth masterpiece titled Aether. An album that is destined to reinforce their claim to being amongst the most creative and credible forces of the genre out there.

Aeon Sable stands for big themes and deep black abysses as revealed in the vast soundscapes of Aether; none more so than in the song "Salvation", which evokes not only the salvation of our destiny but in conjunction with some other songs convincingly expresses the band's overwhelming potential for compositional art as well as the vociferous progression of Nino Sable’s song. It delves into the darkest recesses of inner torment, deeply felt grief and melancholy; where fears are summoned and subconscious demons unleashed. Aeon Sable resist confinement within the boundaries of any one particular genre by skilfully transcending the lines between Gothic Rock and Metal, between heartfelt songcraft and psychedelic music compositions. Each song reveals its story only gradually, both in the lyrical and musical sense; hence one should not expect to find quick, pleasing pieces but rather epic, sparkling and dramatic master- pieces. In one of the most poignant of songs ["Oh senhor do medo" (The Lord of Fear)] Nino Sable artfully deploys the language of the great poets, singing in his native Portuguese a bleak declaration of love for the place of his origin...and fears...

"Aether" is one of the most intense albums ever created by Aeon Sable, due to its unfettered vocals and masterful management of the soul's darkest compositions.