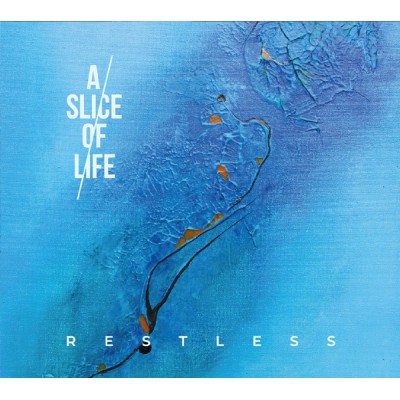 Limited to 300 copies. Comes in a 4 panel digisleeve

A SLICE OF LIFE is a Belgian post-punk band formed in 2016. Their sound has a dark melancholic feel with an unmistakable alternative rock twist. The vocals bring reminiscences of the great darker voices of Robert Smith, Andrew Eldritch and even David Bowie. A demo EP was released in 2017 and quickly grabbed the attention of several radio shows in Belgium and abroad. “Restless” is the band’s first ‘official’ album. The band showcased their debut at W-Fest 2018 and will be playing in several clubs in 2018. “Liefde Is Oorlog” is a bonustrack only to be found on the CD-version of the album.

“Love may hurt, love for post-punk doesn’t. And if it does, Restless offers a perfect way out. The whole album is a musical gem. One that dares to leave the beaten tracks and cuts its way - using a machete - to a wilderness of beauty. “ (Peek-A-Boo Magazine)