ACTORS - IT WILL COME TO YOU [LIMITED BLUE] LP

One of the most exciting bands to come out of Canada in the last few years, Vancouver's ACTORS delivers their debut album and you better believe it it sounds as glorious as all the hype predicted! The term "post-punk", like many terms with a similar prefix, is firmly planted in a time in history, and signifies an added precision and experimentation to a thrilling genre that has echoed forward in both style and attitude. The Jason Corbett-led outfit ACTORS are standing on the shoulders of titans with their brand of the style, and could almost be referred to as "post-post-punk". In a period where we narrowcast rather than broadcast so fans and new music-seekers can firmly plant them- selves in a niche, Corbett takes swings at creating sounds and production techniques that one would not usually find in a starter package of cliché plugins and samples.

"The band’s synth-heavy postwave will make you wish you’d spent the early ’80s living in a postwar Berlin flat right above the prototype for David Lynch’s fabled Club Silencio." 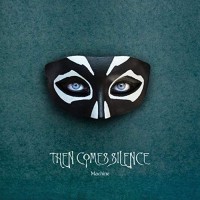