TRACKS B: 5 The Future 6 Special No One 7 Eternal Love 8 Idyll 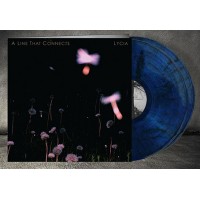