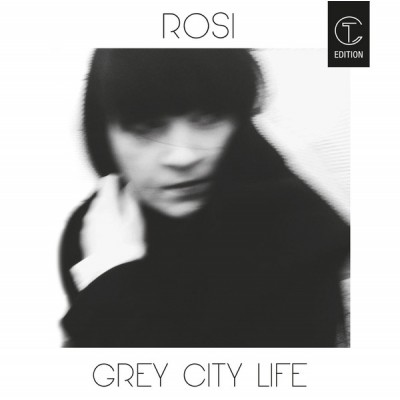 Re-release, for the first time EVER on CD and including 6 bonus-tracks, of the amazing Cold Wave debut, first released in 2016 on Vinyl only on ‘In A Bad Mood’. Grey sounds, vintage atmosphere, a little dust, pictures of old tramways, clubs filled with smoke, grey city life – such are the impressions that Rosi’s music evokes. Postpunk is hip again...could be said maliciously, but for the duo ROSI from Bielefeld/Germany it is not only a phrase. The two musicians Sven Rosenkötter and Mirco Rappsilber have a lot of experience in various bands and also enough life-experience to play this dark New Wave sound with great credibility. Their 2016 debut LP „Grey City Life“ and many concerts attracted great attention. Live, ROSI present their sound more raw and very intense on stage, which always impresses the audiences in Germany and other countries. Someone described the project as „Sad Dance Band“, which is strongly to the point. 2019 promises to become a very notable year for the duo. This re-release of their debut album features some remarkable remixes and previously unreleaed tracks.

From the original ‘2016’-announcement: Their sound lies somewhere between post-punk, dark indie and wave, and mixes influences such as Bauhaus, Joy Division and Tuxedomoon. Their approach is reduced, raw and authentic. Rosi unites danceable wave tunes with introspective and minimal pieces and yet remain true to themselves. Each sound represents the lyrical quality; each note translates an emotion into music. With ‘Grey City Life’ the two ‘brothers in spirit’ of Rosi have created a debut that’s dark and dirty like the soul-devouring metropolis. Ten tracks for silent screams, a sound that per- meates the silence, and a color in something otherwise hopelessly grey.