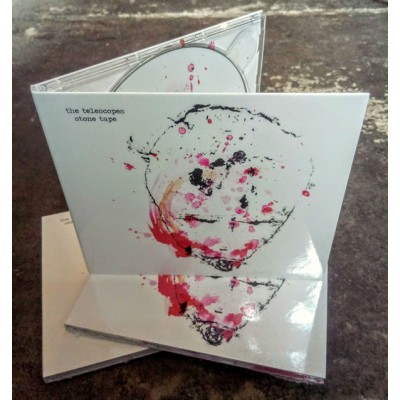 The 10th album from The Telescopes is full of wall-to-wall psychedelic drones, swaying chants, trance-inducing shoegaze and "suspended-in-space magnificence" (Julian Cope). Stone Tape is a concept album inspired by "Stone Tape Theory" (or "residual haunting"), theorized by Thomas Charles Lethbridge in 1961. The archaeologist, parapsychologist and explorer devel- oped the idea that inanimate materials can absorb energy from living beings, and that this mental electrical energy, released during emotional or traumatic events, could somehow be "stored" in such materials and "reproduced" under certain conditions. The hypothesis has been known as "Stone Tape Theory" since the cult 1972 TV screenplay "Stone Tape" by Nigel Neale. Recorded in Powderhorn Minneapolis, The Vicarage, West Yorkshire and The Experimental Health Unit. Originally released on a limited edition LP by Italian publishing house Yard Press in 2017, this CD edition contains a bonus 14-minute version of the track 'The Living Things', recorded in Switzerland in 2018.

Presented in a digipak with new artwork by Stephen Lawrie.