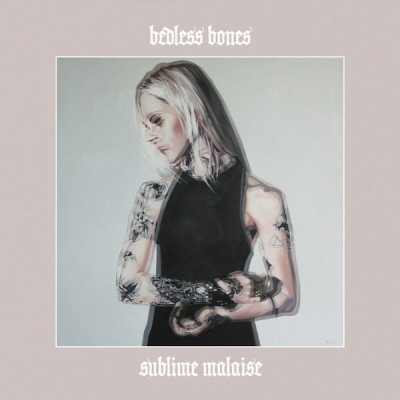 BEDLESS BONES is Kadri Sammel, from Tallinn, Estonia. She began experimenting with electronic music in 2014, after singing in choirs since childhood. The same year she joined experimental industrial / deathbeat band Forgotten Sunrise as a multi-instrumentalist and backing vocalist, where she is still active. After a few self-released singles, ‘Sublime Malaise’ represents her official debut full length album!

"Sublime Malaise“ is an exploration of a shifting state; an envisioned departure from ill-being, finding a ground, juxtaposition of vivid abstract sensations and the mundane dullness of existence; the corporeal ailments and the boundless routes of the mind. It's a nocturnal journey of darkness and light, where relapse, intimidating encounters and self-irony are ever-lurking. Sonically it carries the spirit of dark wave and cold wave, but also incorporates elements from other genres and contemporary sound design.