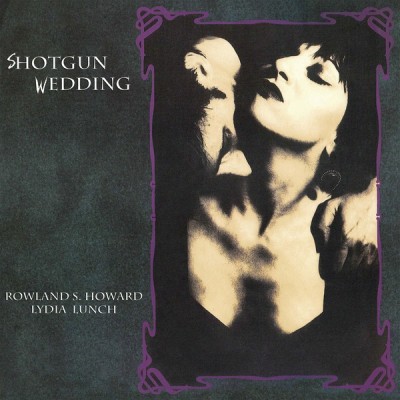 Lydia Lunch: New York City's provocateur, poet, singer, author, performer, and actress. From fronting the influential no-wave group Teenage Jesus and The Jerks to her current musical incarnation as Big Sexy Noise, with Gallon Drunk's noise makers James Johnston, Terry Edwards, and Ian White; countless collaborations and projects in between Lydia has never played by anyone's rules but her own. This 1991 collaboration with the Australian iconic cult figure Rowland S. Howard is perhaps one of her most revered. Featuring production by JG Thirwell (Foetus, Manorexia) and drums by Jim Sclavunos (Bad Seeds, Grinderman) it's a veritable who is who of the post punk/no wave scene of the time. Rowland S. Howard is no doubt best known for his work with the Birthday Party, his discordant guitar is an essential factor in their sound. Howard sadly passed away from liver cancer in 2009. A hugely influential alternative musician, in 2011 he was subject to a 110-minute documentary entitled Autoluminescent, by cult filmmakers Richard Lowenstein and Lynne Maree Milburn, which received an independent cinema release. Featuring luminaries such as Nick Cave, Bobby Gillespie, Wim Wenders, and of course... Lydia Lunch, the film highlights Howard s genius, talent, and rightfully elevates him to the cult status he so deserves. With both parties at the height of their respective talents, this is an alternative rock gem, yet however maintains an atmosphere of eerie beauty throughout. Out of print for years, this re-press is a must have.

TRACKS A: A1 Burning Skulls A2 In My Time Of Dying A3 Solar Hex A4 Endless Fall A5 What Is Memory

TRACKS B: B1 Pigeon Town B2 Cisco Sunset B3 Incubator B4 Black Juju B5 Some Velvet Morning