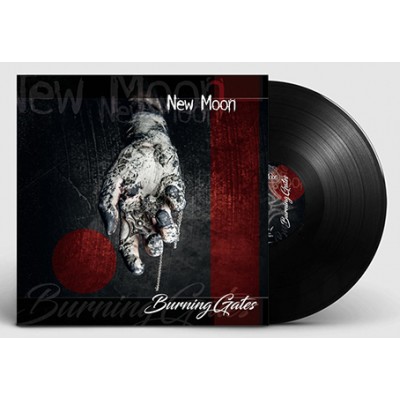 By big demand, here’s finally a limited Vinyl edition of legendary Gothic act BURNING GATES re-union album from 2018! Released 17 years after their so far latest album "Wounds" and 2 after "The Ritual will never die" [live Reunion], the Italian gothrock band Burning Gates delivered a new studio album including 7 Brand new tracks, 1 tribute to David Bowie [NOT included on the Vinyl] and 2 alternative versions of tracks by “From the Fire” and “Ordeal by Fire” - two sideprojects of the bands leader and singer Michele Piccolo. The Band released a first album in 1995, followed by 4 more albums, a split 7" with THE HOUSE OF USHER and a 'Retrospective' album on Strobelight Records in 2016

TRACKS: A1 Whatever's left of Me A2 Abandonment A3 New Moon A4 Falling A5 Oceans of Time B1 Fields of Rape B2 Only the Memories B3 Unbridgeable B4 Eyes