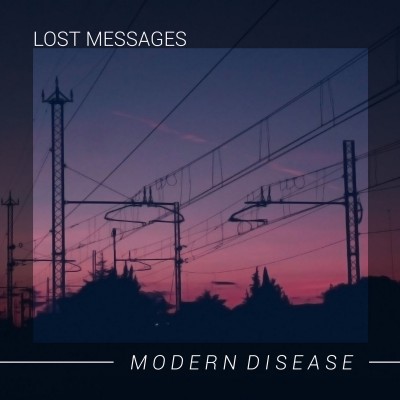 Lost Messages is a synth-wave project born in 2019 in southern Italy, from the unity of purpose of Davide Colella and Marina Mundo. The two of them share similar music influences and tastes that go from classic synthpop to darkwave and coldwave. Their union results in decadent, dark lyrics on catchy synth riffs – enshrined in atmospheres full of melancholy.

In July 2019 they self-released their first single 'No Place for Us', that received much appreciation from several web radios and sites, both in Italy and abroad. Their debut album 'Modern Disease' is an ode to introspection and analyzes the will of rebirth after a virtual death and describes the disillusionment of whom realize, that reality is profoundly different from exceptations. Specifically, 'Modern Disease' refers to the way, relationships between people are more and more disposable, even harmful…