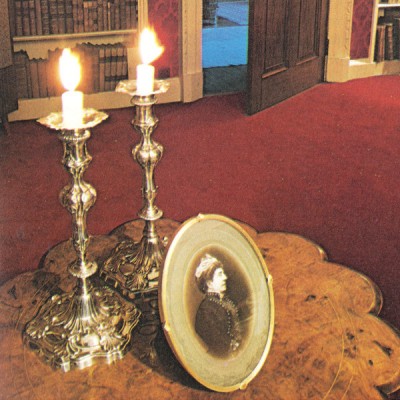 “Burning In Blue" is the fourth album of the trio, that comes from the same town just as that quite popular act ‘The Beatles’: Liverpool! It comes two years after the previous "Period Rooms" (Gothic Music Records).

The new album offers us nine darkwave tracks with mostly ethereal and introspective tones, as if the setting was that of a Victorian house haunted by ghosts, and in this sense the cover image evokes these feelings, keeping in line with the atmosphere of the previous album, with respect to which I find a greater cohesion, for a songwriting and production certainly superior.

Double Echo began in 2012 as a studio collaboration between producers Chris Luna (San Diego, California) and Ash Lerczak (Liverpool, UK) that set out to re-mystify the forgotten practices of post-punk and primitive soundtrack electronica in the guise of a lost band from 1982 whose demo tape 4AD never got around to listening to. Their first ever release, the “Black Morning” EP, invited listeners to “dream of another world” of floating Casio keyboards and Sad Lovers And Giants guitars, demonstrating that their commitment to eighties authenticity went deeper than merely an aesthetic gimmick and found Double Echo a cult following on Bandcamp Since then, the band released 3 regular albums [and 4 EPs] on Edils Recordings and Gothic Music Records and played countless shows across Europe, including a number of big festivals.