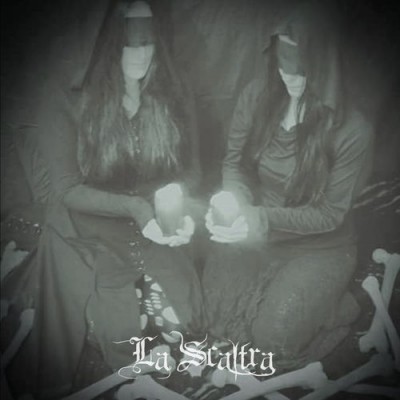 LA SCALTRA presents a journey into the dark Gloomy Witch world. As a door to another dimension opens, the dark sounds of the quartet on the album "Cabaret" liberate the world of ghosts. Sometimes hesitating, sometimes eloquently, LA SCALTRA's songs draw both bizarre scenarios in the sense of The Munsters or The Addams Family (The Garden) and liberating and lively images of a flight like with Peter Pan (Neverland). If the pain persists (Gunshot Lullabies), re- demption comes (Ghosts, Nightmares). CABARET is the first album by LA SCALTRA, which was previously only available as a demo, now as a new and reworked edition including the bonus track "Downfall".