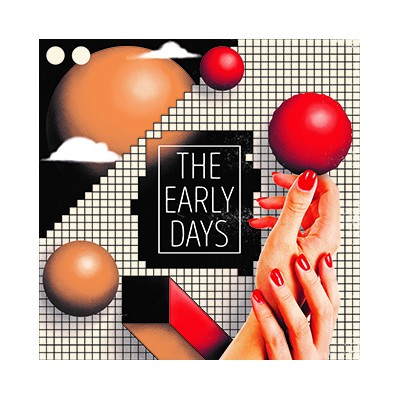 The first volume (released in August 2017) was one of the major successes in sales in that year, and the vinyl edition was sold out almost immediately (CD still available). The second edition of „The Early Days“ – Compilation now is being released in one format Only, as sumptuous double-Vinyl + CD edition. Volume 2 likes to play with the 90s, takes a look back from time to time but also likes to flirt with the 2000s. It captures the moment when rock, pop and dance melted into one, tells a tale of the inception of Brit Pop until the time the lights in Manchester started to fade. Every month the event series “the Early Days” stirs up dancefloors in various major cities of Germany (Berlin, Hamburg, Cologne...). This compilation is the perfect companion to these events, with a selection pertinent to the scene, not afraid of big names and sometimes reaching the edges of the modern streaming services. The Early Days Vol. 2 gives you the sense of having been there in the moment, does not care for anachronisms and is not afraid to hold up the mirror to the era. Sometimes gloomy, oftentimes wild and excessive, from punk to new wave, from pop to dance – all together now.

01 BELLE & SEBASTIAN - The Boy with the Arab Strap

03 STONE ROSES - Made of Stone

07 SIOUXSIE AND THE BANSHEES – Spellbound

10 THE PAINS OF BEING PURE AT HEART – Young Adult Friction

16 STARSAILOR - Four to the Floor