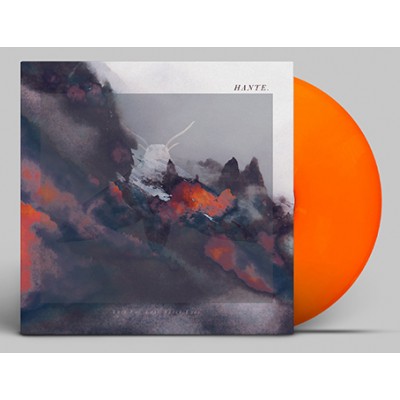 Long expected and awaited re-print of the classic 2nd album, also on Vinyl in a new, 3rd Edition on ORANGE Vinyl (first two editions from 2016 were BLUE and RED).

"This Fog that never ends" was the first official release on the SYNTH RELIGION label (following same band self-released CDs). Released In January 2016, it was Hante’s second Album and has been sold out on all formats for ages. It was described as an intersection between the worlds of 80’s pop-electronica and dark-synth- wave. With this LP, Hélène definitely shows her true self and defines even more her particular touch!

TRACKS: A1 Bienvenue en Enfer A2 Hate vs Love A3 In cold Water A4 Noir A5 Burning (feat. Box Von Düe) B1 My Destruction B2 Shadow Boxing B3 Dépendance B4 Infinite Particles of Us B5 This Fog that never ends