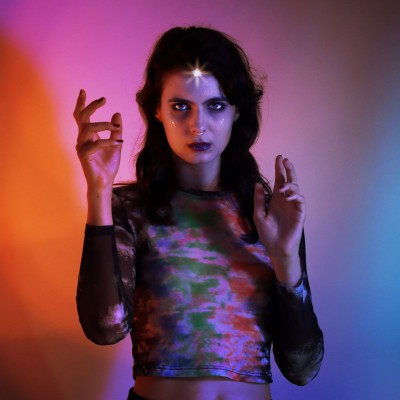 ECHOBERYL - THE AWAKENING OF A MUTANT GIRL CD

In 6-panel Digipak and including a 8 pages booklet

The Awakening of a Mutant Girl is a Sci-Fi B-movie without images that tells a story of marginalization and hope. It is about overcoming personal fears, the desire to escape and a declaration of otherness. The story of a girl who turns out to be a mutant from another planet wanted to be, at the beginning, a metaphorical tale but, during the eight months of work on the album, private tragedies and dramatic world events made Echoberyl decide to change a large part of the music.

The result is an album very different from their previous work, more heartfelt, more electronic, more eclectic. The Awakening of a Mutant Girl is conceived and written as a tribute to B-movies, especially sci-fi movies from the 50s and 60s, but also inspired by the work of the graphic novelist Enki Bilal and movie directors such as Yann Gonzalez and Michel Ocelot. Each song corresponds to a chapter of the story. Step by step a path of liberation is revealed.

Echoberyl is a French-Italian alternative rock / darkwave duo based in Paris. Their music is influenced by some classics like New Order and Depeche Mode but also by soundtracks like You and the Night by M83, the atmosphere of David Lynch's movies, the light voice of French 60s singer France Gall. Echoberyl is the meeting of two solitudes delivering their deep vulner- ability. The delicate voice of Cecilia mixes with Adriano's mesmerizing composition. Combining strength and fragility, their music is a cry of pain and a hope of appeasement. Echoberyl is Cecilia (voice, music) and Adriano (guitar, programming, music), with the collabo- ration of Ari (lyrics). The duo was formed in September 2018 in Paris. Their debut album was released to highest acclaim on Swiss Dark Nights in 2019.