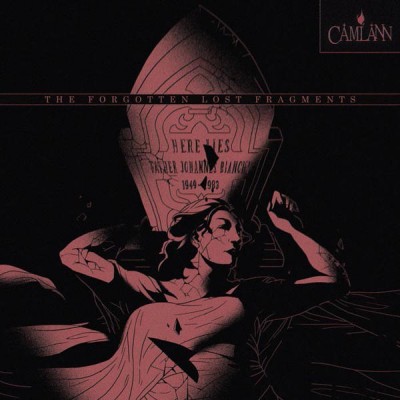 In 4-panel Digipak. An AMAZING signing for Cold Transmission: A TEENAGE Dark Gothic trio from… Indonesia (!!!) – not quite THE country famous for New Wave and Darkest Post-Punk!

This album is HIGHLY recommended for all DARK POST-PUNK fans! After a first single („To Vatican“), the female fronted teenage project CAMLANN out of Jakarta, Indonesia, is presenting this their debut fulllength album! Impressive and intriguing the deep Vocals of lead singer (and songwriter) Ony! CAMLANN created 10 songs, that both sound familiar but also reflect the sound of their culture.

A bit of background: CAMLANN is a teen alternative Neo-Goth band from Jakarta, Indonesia with Ony Godfrey (16) [guitars, vocals and songwriter], Bayu Triyudanto (15) on the bass and Fauzan Pratama (16) on synths and co-composer. They also have their own producers: Chariszan (15) and Arachne (16), who's also their co. songwriter.-

CAMLANN was formed in early 2019 by several middle school students who share the same in- terest in music. CAMLANN’s music is influenced by many types of genres. They have the idea to make a sound that is not only dark and haunting, but also dreamy and ethereal. Known for their dark lyrics and dreamy yet haunting melodies, CAMLANN creates a sound that blurs between Dark Post-Punk, New Wave and Darkwave. Creating a dreamy-haunting music, CAMLANN has made their name as one of the exciting new Dark Post-Punk bands to come. They released their first digital EP “The Arrival” in August 2019, followed by a single in May of this year.