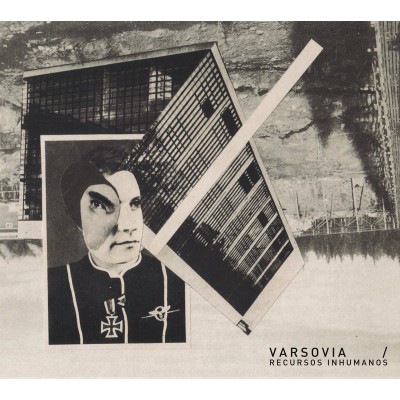 Varsovia’s Recursos Inhumanos [Inhuman Resources], a classic album of Peruvian synth punk, is finally available in vinyl format. Since it’s appearance in 2014, Varsovia surprised many listeners with its combination of punk and synthesizer electronics, in the best tradition of groups such as Kraftwerk, Suicide, Chris & Cosey or Aviador Dro. Using sequencers and drum machines, loud guitars and a voice that oscillates between whispers and shouts, the band builds songs that offer a freewheeling and visceral vision of Lima. The trio, made up of Fernando Pinzás (synthesizers, programming), Dante Gonzales (synthesizers, programming) and Sheri Corleone (vocals, guitars) has quickly garnered a loyal following and become one of the references of a new generation of Latin American artists who explored dark electronic sounds of a post-punk sensibility. Many of them have made themselves known to the general public through HBO’s TV series Los Spookys, where Varsovia’s emblematic song “Ellos quieren sangre” [They want blood] is included. The CD version sold out. Buh Records now presents the long-awaited reissue of Recursos Inhumanos in vinyl format, which includes new bonus tracks, for this cult classic recorded in the now mythical Paraíso del Silicio studio in Lima, by Dante Gonzales.