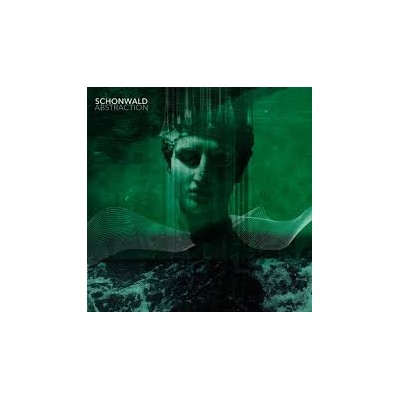 CD version of the new SCHONWALD album in 6-panel digipak!

Almost 3 years after their highly successful “Night Idyll" album (in which they were busy with their side-project Shad Shadows), Schonwald is back in the business! Their 4th album release is in a similar mood as their previous three albums, but with an even stronger, technically improved but also darker sound. ‘Abstraction’s theme is inspired by esoteric hymns, aesthetic mantras, echoes of savage human nature. A voyage through introspection of the 21th century’s utopian hopes.

Schonwald is all about atmospheres: hypnotic minimalist mood and a noise inclination with echoes of Suicide, New Order, The Cure, mingling with synth melodies straight from the 80s. Their first album “Amplified nature” was released in February 2009 on a special Vinyl edition including CD on Pocket Heaven Records (Lux). Schonwald live debut was in London at “Myogenic Festival” and “Amplified Nature” has been supported by 4 European tours through Italy, England, France, Switzerland, Germany, Luxembourg…

The Italian duo has been surreptitiously dwelling in the shadowy corners of the European underworld for a few years now, with each following album topping the high expectations of their fans! ‘Schonwald’ is European post punk at it’s finest: Alessandra and Luca of Schonwald create a pulsing, black-lit atmospheric electronic vibration - so cold, hypnotic and simple, it’s perfect for our endlessly frozen world.