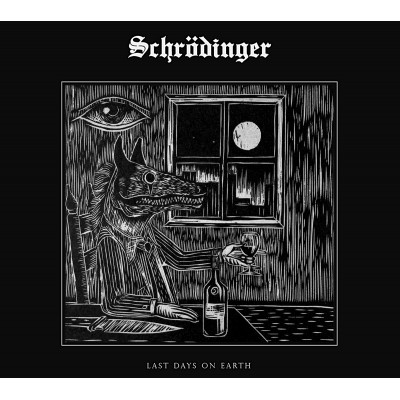 Schrödinger is a Post-punk act, originally from Mexico City and composed by Carlos and Ernesto Carapia. Their unique sound is under the effects of delays and reverbs to form a nostalgic sonic mood, that evokes depth of synthetic, auditory seas and aural remoteness. The duo combines cold, chaotic vocal feelings with a range of guitars and synthesizers that support a dense and monotonous atmosphere, decaying to the threshold of today's romantic and melancholic darkness. After almost a decade of activity on stage, Schrödinger emerged as a duet to create this their first full-length album, that is composed by the best of the countless songs, that the band has written over the last decade. "LAST DAYS ON EARTH" is an album dedicated to the chaos and sick magic of the human Mind: A gloomy album with delayed and reverberated guitars to form that special, frenzied yet sweet atmosphere. The synths create layers of powerful harmonies and the addition of danceable rhythms and bass altogether create an excellent and exquisite sound for this gifted band.