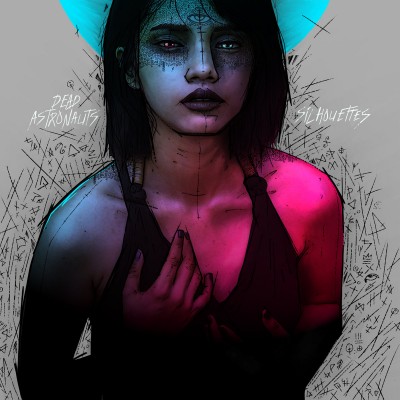 Dead Astronauts are one of the leading acts in the Synthwave & Synthpop scenes, blending shades of Darkwave, Goth and Post-Punk. Previously composed of two members, Jared Kyle and Hayley Stewart, Hayley left to focus on her solo work (Mecha Maiko) and Dead Astronauts was reformed, with Florence Bullock taking over the female lead vocals. As a silent member and Record Producer, Slade Templeton (of Crying Vessel, Influx Studios) stepped in to help bring their new sound to life in 2019 and 2020 and round out the band. Dead Astronauts have regrouped and reworked the style they were known for, to become something modern, edgy, new and improved.

Dead Astronauts are back and ready to ignite that flame in their fanbase that has been waiting, asking for more! Their new album “Silhouettes” features 12 tracks on CD and 10 on the two limited Vinyl editions.