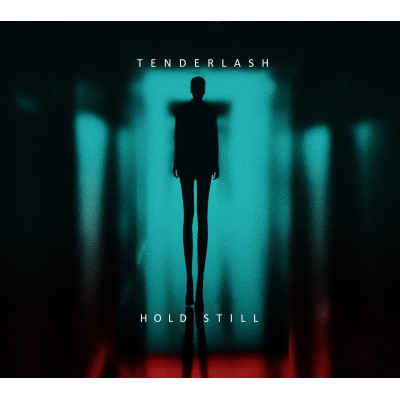 The debut by North Carolina/USA’s ‘Tenderlash’ is an adventure into a shadowy wonderland. The solo darkwave artist’s “Hold Still” is a follow-up to the previously released digital ‘Mourning EP’. This nine-track album visits themes circling the afterlife, supernatural beings, and the mentality of the masses. Tenderlash manages to balance light and dark with powerful dance beats, playful synth lines, and melodic vocals. Tenderlash is the solo electronic project of artist/composer/DJ Candy Durant, based in the USA.

The project draws from influences in 80s underground, new wave, coldwave, and darkwave. The debut single “Mourning at Midnight” was originally released in 2013 on the “Bedroom Cassette Masters Volume IV” compilation, and has had worldwide airplay on various radio shows, including the legendary Mick Mercer’s Radio Broadcast. A remastered album mix of “Mourning at Midnight” also appears on the new album.

Tenderlash has performed at Electromusic AVL, and has shared the stage with lots of acclaimed bands. Durant is also known for spearheading the “For the Bats” fundraiser gothic music compilations. Her voice has been compared to other female artists such as Marnie from Ladytron and Miss Kittin while her music is said to be distinctive with a bit of dark nostalgia. The new album showcases all of Durant’s influences while staying true to the darkwave genre!