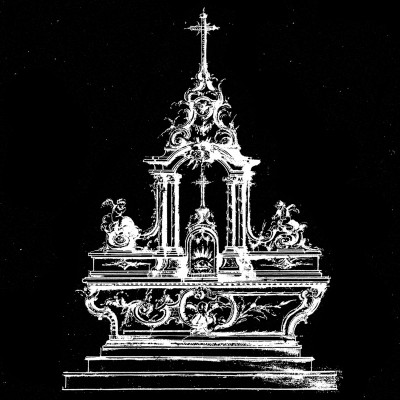 Discovered in 2018 with the absolutely astonishing debut album "Shadows", as nostalgic as it is refreshing, quickly brought the Texan duo to the pantheon of the modern Dark Wave! The album was quickly followed by the more mystical "Ceremony" in 2019. Twin Tribes does not hesitate to put its work at the service of the talents of its contemporaries by offering us an album of all exclusive re-makes/remixes by countless big names of the scene, entitled "Altars".

Released on Vinyl and Digipak like its predecessors by a triumvirate of international labels: Negative Gain for the new continent, Young & Cold and Manic Depression for Europe. Among the participating artists, we find European heroes She Past Away, Geometric Vision, Ash Code (…) alongside the American Bootblacks, Wingtips or the new ‘big name’ in the scene Creux Lies ...