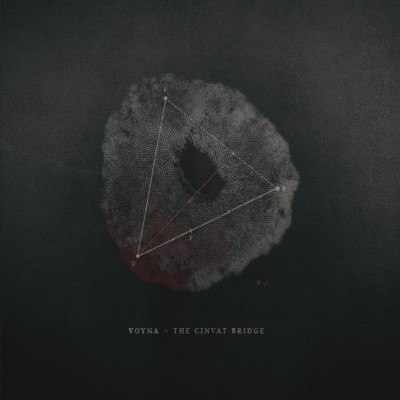 Genre: Post-Punk, Dark Wave Of fires, vales and the things between!

There are always rumors when a member of an established band decides to walk the solo path. Creative differences? Interpersonal frictions? Finalization or just artistic roleplaying?

In the case of VOYNA, side project of Peer Lebrecht, singer and creative director of the Berlin- based Post-Punk/Dark Wave outfit GOLDEN APES, it might be not differently. But when it turns out that the idea of VOYNA was already born while the band was in the studio to record their highly acclaimed album “Kasbek”, it seems clear that it was neither intended to be an artistic escape route nor a break with the musical past, rather an additional creative outlet, a sonic self-portrait, influenced but separated from a common artistic heritage, defined by the conditions and stylistics of a Here and a Now.

“The Cinvat Bridge”, as VOYNA´s debut is baptized, is a colossus of an album and with its 14 tracks and a running time of about 70 minutes even literally. It seems almost impossible to list all the colors and atmospheres, all the stylistics and references woven in its musical and lyrical texture – the warm bleakness of “Provenance”, the nearly joyful buoyancy of “The Sky and a Grain”, the distorted dissection of “Clean” or the frenzy-like jazz of “The fractal King” – you just can´t presage what mood the subsequent track is wrapped in, can´t guess what sonic panorama waits around the next turn.

But you can feel the heart blood and the obsession with details in its structure, its conceptual profoundness and the passion for shaping and colorizing the musical and lyrical canvas throughout the whole album - you feel the quality of time the 14 tracks were allowed to take for finding their final imago. It is certainly not for nothing that there´s this specific quote from James Joyce (taken from his “Finnegan´s Wake”), appearing in the albums booklet: “First we feel. Then we fall.” Oh aye, as deep as we can…