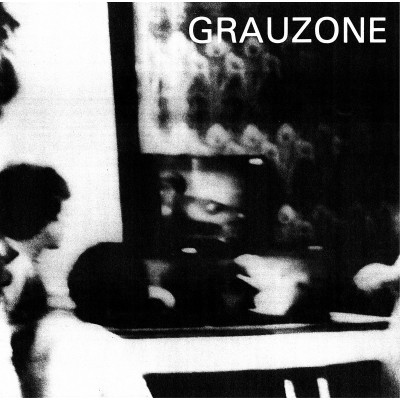 Double LP. Includes unlimited streaming of Grauzone via the free Bandcamp app, plus high-quality download in MP3, FLAC and more.

WRWTFWW Records is very excited to celebrate the 40 years anniversary of cult band Grauzone with the release of their definitive and comprehensive Limited 40 Years Anniversary Box Set, packed with their complete discography, as well as a never-released-before live recording, an 80-page fanzine with an extensive biography written by Swiss music historian Lurker Grand, unseen archival material, and artist contributions, and a poster replica of an original concert flyer from 1980.

- Grauzone’s self-titled album from 1981 reissued as a 180g vinyl double LP with 9 additional tracks, amounting to the band’s complete studio discography. Included are the classics "Eisbär", "FILM 2", "Raum", "Moskau", "Träume Mit Mir", "Der Weg Zu Zweit", and "Wütendes Glas (Maxi Version)", as well as the deep and unconventional album cuts that make Grauzone so unique. The double LP is housed in a heavy gatefold sleeve, with liner notes by Lurker Grand, an insert with the original album’s lyrics, and a special Xeroxed artwork imagined by Stephan Eicher.

- Grauzone’s LIVE LP, a recording of their April 12th 1980 concert at Gaskessel in their hometown of Bern, Switzerland, with a sleeve artwork by Stephan Eicher.

- A 60 x 90 cm poster replica of Grauzone’s Spex (Bern) concert flyer from October 25 1980. Absolutely ALL the elements included in this box set collection were photocopied by hand with a vintage Xerox machine before being printed, as wished by Stephan Eicher (who took care of photocopy duties for a good chunk of the material). A bold artistic choice, a nod to the DIY ways of the era this release represents, and drawing a parallel between the acts of reissuing and photocopying.