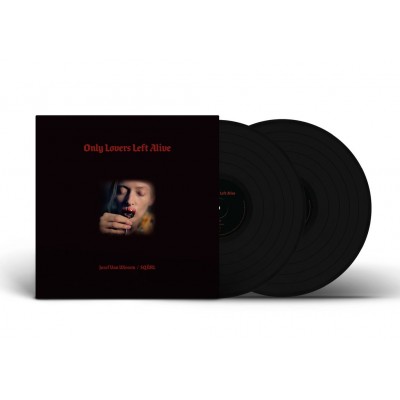 The physical formats of the soundtrack have gone out of print and in the years that have followed it has remained a favorite of critics and fans alike, who have continued to hunt down the limited vinyl copies in existence. Sacred Bones is thrilled to bring this incredible soundtrack back into circulation.

''Only Lovers Left Alive'' which is set against the romantic desolation of Detroit and Tangier, features an underground musician (Adam, played by Tom Hiddleston), who is deeply depressed by the direction of human activities. He reunites with his resilient and enigmatic lover (Eve, played by Tilda Swinton). Their love story has already endured several centuries at least, but their debauched idyll is soon disrupted by her wild and uncontrollable younger sister (Ava, performed by Mia Wasikowska). Can these wise but fragile outsiders continue to survive as the modern world.

–SQÜRL Please Feel Free To Piss In The Garden 04:20

–SQÜRL Spooky Action At A Distance 03:34

–Jozef Van Wissem Et SQÜRL This Is Your Wilderness 03:51