Double vinyl. Strictly and numbered Limited Edition of 520 copies. Coming in deluxe Gatefold sleeve and including a handnumbered Certificate

Absolute Body Control was formed by Dirk Ivens in 1980 and joined by Eric Van Wonterghem just after releasing their first single “Is there an Exit?”. Achieving an underground cult following, the band took their influence from bands such as Suicide, D.A.F, and the UK electronic scene. After a few years, the band members all went their separate ways finding success in other influential acts such as The Klinik, Dive, Sonar, Monolith and Insekt. In 2007 Absolute Body Control re-formed and released “Wind[Re]Wind” on a very limited picture disc LP and later on CD including updated & re-recorded versions of their best tracks. Modern sound recording techniques blend seamlessly with the classic roots of low-fi electro. Now, almost a decade after the first pressing, “Wind[Re]Wind” is relunched including all the 13 tracks from the CD plus two new versions (“Waving Hands” and “The Man I wanna be”) and 5 live recordings from WGT 2007 (previously available only on a limited CD). All tracks have been remastered by Eric Van Wontergehn at Prodam Studios (Berlin). 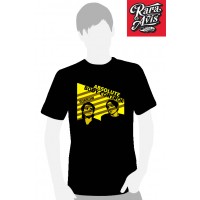