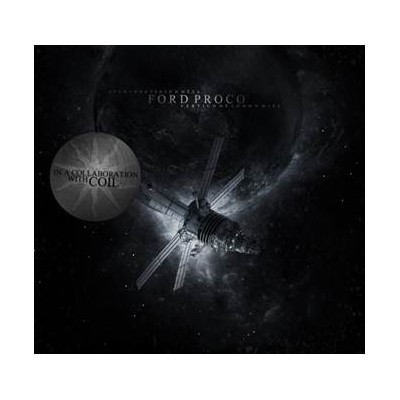 Infinite fog Productions has announced the reissue for a pair of collaborations between Coil and Mexican duo Ford Proco, an act considered highly influential in Mexico’s industrial electronic music Scene, and who’s debut album was on OPCION SONICA, the same label that originally launched HOCICO. The collaboration came about after Coil and Throbbing Gristle’s Peter ‘Sleazy’ Christopherson met the act’s Robert Proco and Wito Lavolt while watching The Orb perform in Los Angeles in the late 90s.

They exchanged contact details, and a few months later, Christopherson called up the pair to ask if they wanted to be in a music video he was directing – Ice-T and Body Count’s ‘Born Dead’. Following that unlikely team-up, the Mexican duo worked on a pair of tracks with Christopherson and Coil vocalist John Balance, which ended up on Ford Proco’s Vertigo De Lodo Y Miel album, released in 2000.