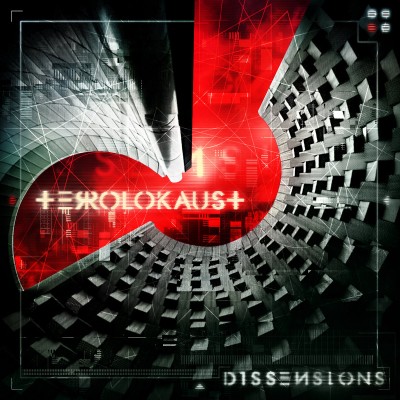 For fans of Spanish electro act Terrolokaust, the wait has been a long one for their 4th album! Released exactly 3 years to the day of previous record “Spit the Poison out” (which spent 8 weeks in the German Alternative Charts, peaking at #3), “Dissensions” is described by the Barcelona-based band themselves as “their most alternative album to date” – and bears all the hallmarks that their audience has now come to expect. Hard electro-edged dance tracks like “Evade all Traps” or “Pursuit of Ruin” – check. Alternative rock songs like “Heterochromia” or “A Masochist’s Tale” – check. Slow, haunting ballads like “My Fault” or title-track “Dissensions” – check. And while continuing to present almost everything in English in order to make their music as accessible as possible, always including a song like “El Mundo Sigue Girando” in their native Spanish… “Dissensions” – another hour’s worth of entirely original music, another unique and epic album that could have come only from the hands of one act in the entire industrial scene… Mastered by Kolja Trelle (Soman) for maximum audio quality!