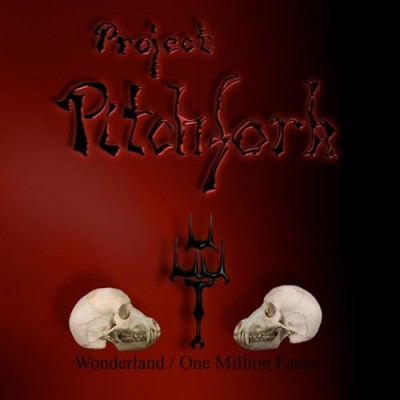 Other generations are here today, yet, the fascination for Project Pitchfork is unbroken. The worth of the endeavour founded by Peter Spilles in 1991 is bigger than ever, the role as a pioneer, as a true icon rests calmly on his shoulders. Although they are in the spotlight for a quarter of a century now, there's still a lot to discover in this influential discography. A dive into the past reveals records whose rediscovery is as rewarding as revisiting a place that holds a particular emotional connection. For Peter Spilles and countless of his fans, the record ‘Wonderland / One Million Faces’ is such a place, a cathedral of remembrance, a holy shrine of musical longing. Well into the anniversary year of this Dark Electro goliath, Peter Spilles returns to this immensely important piece of work. What he did was a production facelift, a musical and visual upgrade in a way only someone dearly attached to these tracks can do. Someone who loves them from the bottom of his heart. To classify this enterprise as a mere re-release would not do any justice at all to the effort and passion Peter Spilles put into it. Therefore, he opens the sonically extremely dense record with an all-new remix of “One Million Faces”, making the entrance into this unforgettable world irresistible by playing his trump cards and delivering a massively arranged example of Pitchfork club dominance. After that, the stunned listener seamlessly drifts into the proper world of this very special album, entering a universe that in 2016 will finally and rightfully claim its place in the throne room of the Project Pitchfork olympus.