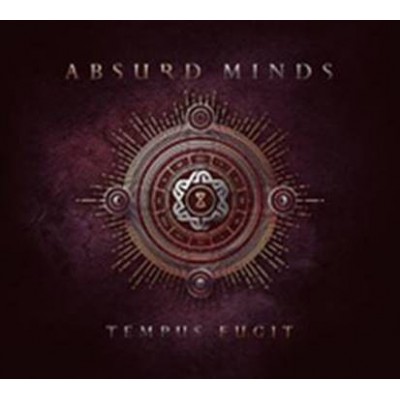 Reprint in regular Jewel box of the first new Absurd Minds album in 7 years. The first edition Digipak was sold out after 1 month.

Tempus fugit. Time flies by. Quickly. First new album in 7 years!!! The Dresden-based electronic music band Absurd Minds can look back on 22 years of career. Five albums and several other worldwide releases are the result of a creative phase that Tilo Ladwig and Stefan Grossmann started as a small homerecording project back in 1995 and which due to the cooperation with Francesco D'Angelo's record company "Scanner" became one of the world's most successful electronic music projects. Since 1999 Absurd Minds managed to inspire fans originated in all the different corners of music with their unique mixture of dynamic electronic music and melodic pop sounds. Several high chart positions, countless live performances and the support of an ever-growing fanbase impressively demonstrate the success of the creative work of Absurd Minds.

Meanwhile a four-headed band, Absurd Minds are finally ready to release their long awaited sixth long-playing record "Tempus fugit" in 2017. Tempus fugit" is a striking comeback, and already one of the musical highlights 2017. They sound stronger than they ever did before! Time flies by and it's up to us to seize it. Uti ad tempus. Recommendations: Kreuzfeuer, Now we hear the Call, One World, For those who love & Last Walk