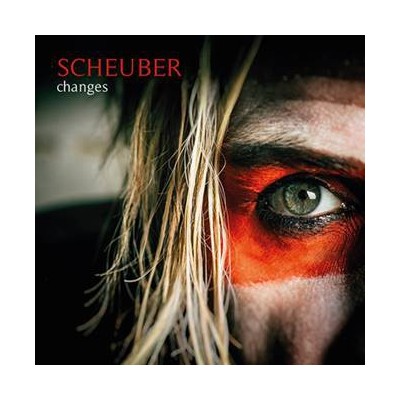 The bells in his restless soul are tolling again: Less than a year after his first solo odyssey “The Me I see”, Dirk Scheuber sets sail once more into the depths of his deepest inner. He has all but a choice: A valve has been opened, a process has been set in motion that cannot be stopped. Like any true artist, Dirk Scheuber doesn’t live to make music. He makes music to live. To survive. After the longtime member of PROJECT PITCHFORK put himself on the operating table of his own creativity, he realized just how important this specific form of therapy is. How salubrious. This, however, is only one face of Dirk Scheuber. The other one is that of a restless character. A soul continuously dangling above the abyss, desperately seeking catharsis. He won’t find it with his second solo effort “Changes”, either. That’s alright, that’s not what Dirk Scheuber is actually expecting. All he wants is to get a better understanding of the demons dancing within him. And perhaps giving them the right music to do so. Musically speaking, the new album manifests itself in a rather voluminous, direct sound. Still, the dark world of Electro is Scheuber’s designated playground. This time around, however, he focused less on a fragile house of cards and instead on a powerful, darkly throbbing epos clearly eyeing the dance floors. As self-conscious and pushing as the opener “Rumors”, also the rest of the release is eclectic and full of simmering energy. It’s the work of someone who emerged from a dark ocean in which he almost drowned. He still feels the blackness under him. His gaze, however, is shifting to new horizons. At times wide and deep, at times dreamy, always melancholic, always unmistakeably Scheuber. This second album is far more that an impressive demonstration of his craft. “Changes” proves that he didn’t regret opening up on “The Me I See”. Quite the contrary. It invigorated him, made im bolder, even more open. Now he is harvesting the seeds of his exorcism. And is en passant delivering one of this years’ really strong and authentic Electro records.