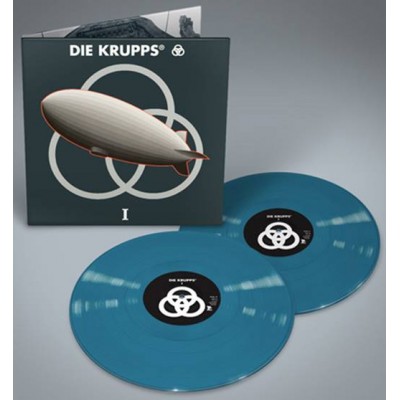 Originally released on Rough Trade Germany’s ‘Our Choice’ label in 1992, the album "I" saw Die Krupps' classic shift to metal-industrial and blew away both the EBM and metal scenes, spawning a new era for a band that has yet to call it quits. This amazing double-LP vinyl reissue not only includes the full album remastered, but as well bonus material such as remakes and early demos, including the early demo-version of legen- dary ‘Dr. Mabuse’ – the song that was to become a worldwide hit by PROPAGANDA! Side C includes five early demos, including the Metal Machine Music demo, and Side D has a mix of 2008 remakes of classic cuts as well as EBM, so-called "non-guitar" versions for the purists!

TRACKS A: A1. High Tech Low Life, A2. Metal Machine Music, A3. Doppelganger, A4. The Dawning of Doom, A5. Ministry of Fear