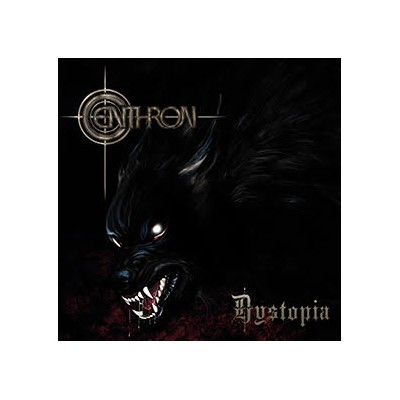 2019 Centhron climbs out of the darkest spheres of Niflheim, to proclaim the end of the world with their eagerly expected all new album "Dystopia". The future in it's worst and darkest conceivable evolution: a world of total destruction! The brutal sound of ‘Dystopia’ is here to empower you, to survive this world in disguise… The track ‘Blut unserer Mütter’ features Yuko Huang, who owns a voice, of sheer beauty! The dancefloors of the world will burn, raise your fist!

Founded in winter 2001 by Elmar Schmidt (Voice+Synth+Programming) and Jörg Herrmann (Progamming), already their first album ‘Lichtsucher’ (2003) was an instant success – No. 1: In the DUC Charts and concerts all over Europe – and all this without being signed to a label! The follow-up „Gottwerk“ (2006, Final Dusk label) was an electronic firework at it's best and topped the expectations and the success of the debut.

In 2009 the band finally signed to ‘Scanner’ and the album ‘Roter Stern’ (mixed by X Fusion’s Jan L.) blew another „Gottwerk“ (Work of God) to the speakers around the planet, and the video for ‘Dreckstück’ was seen over 4'600'000 times on YouTube! A tour with Agonoize and their so far most danceable album ‘Dominator’ followed in 2011. In spring 2013 „Asgard“ saw the darkness of the night – an album with hard bass- and catchy hooklines and centered around Northern mythology was a smash in the scene, like Thor’s hammer on the skull of the midgardsnake!

2014 saw the album “Biest”, and album marked by aggressive, hard tracks, fast beats, brutal sound and strong lyrics. The success of the album was topped by an extended US- and Mexico-Tour and appearances at all major dark scene Festivals, such as WGT, Amphi, M’era Luna, E-Tropolis…