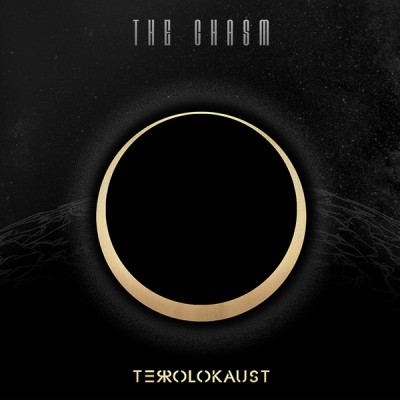 Mixed and co-produced by Andy LaPlegua (COMBICHRIST/ICON OF COIL) and with audio mastering by Krischan Wesenberg (ROTERSAND/FUTURE LIED TO US), expectation is already sky-high for Spanish alternative act TERROLOKAUST’s long-awaited fifth album “The Chasm”!

In 2016, TERROLOKAUST’s 4th album “Dissensions” resulted in a first ever #1 album for both band and label on the Deutsche Alternative Charts – amidst a steady stream of festival appear- ances around Europe. Topping a #1 is a tall order for any artist. Seeking to create something that would sound slightly different from their previous albums, for “The Chasm” the band re- quested longtime friends LaPlegua and Wesenberg be enlisted as the production team. Monochromatic artwork offset with gold detail for this release comes from DWA’s lead designer Vlad McNeally, and the first 200 copies of this CD version come in strictly limited edition foil- embossed digifile with an 8-page lyric/photo booklet bound in.

the Barcelona-based duo of Javi (vocals) and Indio (programming/guitar) plus live guitarist Aury and drummer Angel are now confirmed as one of the opening acts for the European leg of COMBICHRIST’s “One Fire” world tour – performing tracks from “The Chasm” for the first time, prior to the band’s biggest show so far at the famed M’era Luna festival in Germany this August.

TRACKS CD1 ‘The Chasm’: 01 The Writhing of the Weak 02 Everlasting Sleep 03 Mesmerized 04 Freedom awaits 05 My eminent Enemy 06 Hierarchy of Rats 07 Controlled by Greed 08 Song for Sorrow