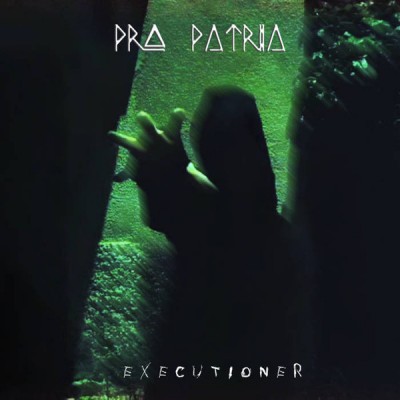 Legendary Belgian EBM project PRO PATRIA returns with their third full CD "Executioner", grabbing the listener firmly by the ear from the first note onwards and taking him on a trip through the various EBM trends of the past thirty years, whilst maintaining and even ex- panding the direct and bombastic Pro Patria sound.

Pro Patria’s third album "Executioner" marks a new era of EBM. The band has been known for their broad and somewhat bombastic sound since the early nineties, but with “Executioner” they’ve truly risen above themselves and offer the listener a completely new direction of EBM.

Originally, Peter V, founder and currently the band’s only full-time member, had the intention to bridge the gap between their lush 1997 debut “Quod erat Demonstrandum” and the harsh and aggressive “Back to Basics” 2017 return to the scene. Eventually “Executioner” turns out to be much more than that, compiling various EBM styles of the past thirty-five years, whilst enfolding them with the distinctive Pro Patria sound. The band carefully recrafted the richness and complexity of the original EBM music from the early 80s, giving it a fresh and powerful quality.

With “Executioner”, the EBM movement seems poised to take on the next decade!

The CD also features 2 ‘bonus-tracks’, that are quite different to the rest of the album: "Creature of the Night" is more a sort of New Wave song, that Peter of Pro Patria wrote for his wife, who’s a big New Wave fan, while "Oppression" is a completely re-worked version of the very first song EVER recorded by PRO PATRIA, back in 1988...