> Electro / E.B.M / Industrial / Synth Pop / Experimental >COMING BACK TO YOU - A TRIBUTE TO DEPECHE MODE MCD 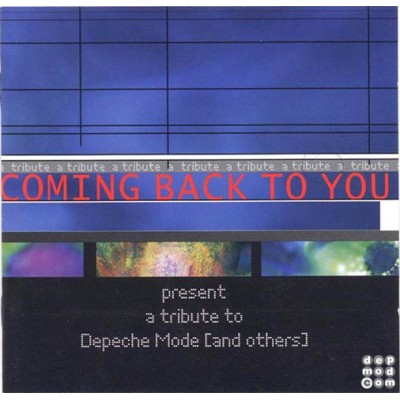 COMING BACK TO YOU - A TRIBUTE TO DEPECHE MODE MCD

Finally available again – THEEE cult mini album, originally released on Kodex in 1998!!! Between 1980 and 1982, Depeche Mode performed some tracks live that have never been officially released. Until now, these tracks have only been available on bootlegs of dubious quality. Many fans will never understand why these tracks have never been released. Coming Back To You have covered these brilliant songs in the style of the early '80s. As far as we know, most of the original tracks were written by Vince Clarke, but at least one of the tracks (Television Set) was penned by Jason Knott, an old friend of Clarke's. At longlast, studio-quality versions of early gems such as "Television Set" and "Addiction" are finally available (again)! Also included are versions of "I like it" (Gerry & The Peacemakers) and "The Price of Love" (Everly Brothers), covers that Depeche Mode would occasionally perform live. An essential part of any fan's collection!