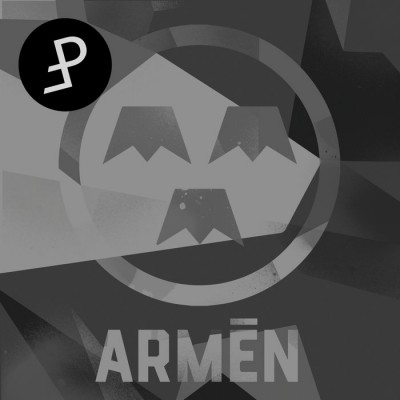 With a minimalist powerful electronic style that was often compared to pioneers like DAF and NITZER EBB, POUPEE FABRIKK are the leaders of the EKM movement (Elektronisk Kropps- musik) - physical music that makes you want to get up and move. Since 1987, Sweden's POUPPEE FABRIKK has never been about perfection or being nice. They stand for 100% primitive electronic with attitude. No compromise, no polish!

With their previous album (“The Dirt”) the band intentionally decided to look backward, doing an attempt at recreating the past and bringing back the ways of old, using early abandoned demo’s as unique creation source.-

In 2020, POUPPEE FABRIKK now release their first brand new studio album since the 90s. After having looked back at their uncompromising aggressive past, the Swedish gang today strongly reconfirms with “Armén” their solid early-Electronic Body Music sonic roots! This new straight in your face 10-tracker retains all POUPPEE FABRIKK’s trademark attributes: Henrik Björkk’s commanding growling vocals, devastating repetitive bass lines and solid hard beats. They serve us straight-in-your-face stomping hard electronics to the ultimate pleasure of their fanbase. But this new album takes us to the next level, adding a gritty, dirty and violent touch to it all, making POUPPEE FABRIKK sound even more radical, loud and noisy than ever, carrying us at that point of balance where the sound of grinding machines and the suffering of sweating bodies unite before imploding and exploding.

“Armén” is an angry and impulsive assault against all forms of control and oppression, urging us to take command on our lives, to fight for freedom of expression, breaking the codes, be- coming a league of our own and shouting out loud once for all that “enough is enough”. For the very first time as well, POUPPEE FABRIKK also deliver a very expressive song in their own Swedish mother tongue, "Kom ta min Smärta" (“come take my pain”) which is sure to become a floor-filler in the clubs that dare to go hard… 2020 is definitely bound to become a year of “grand cru” for Electronic Body Music. Run for shelter. Mastered by Jouni Ollila - Artwork by Margaux N Björkk